Everything You Need to Know About Reclaimed Stone

The beauty of reclaimed stone begins with its history. Whether it’s stone blocks from an old bridge that crossed the Merrimack River for hundreds of years or stone pavers that lined Fenway Park during the early years of baseball—there is always a story behind reclaimed stone. 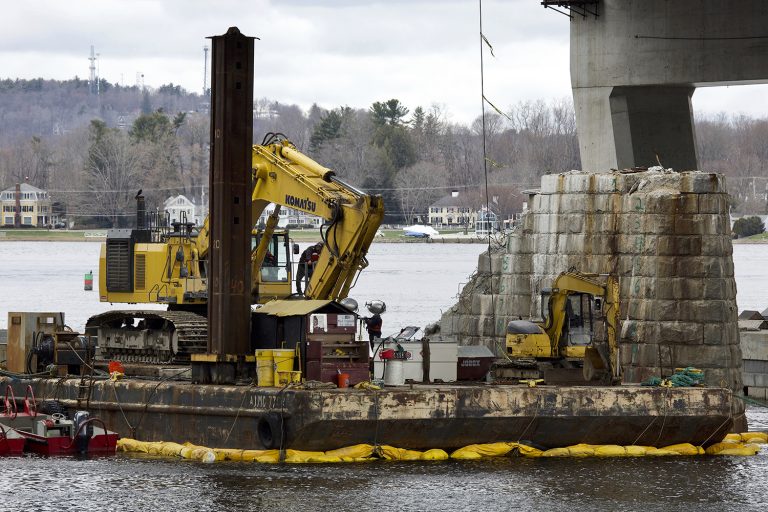 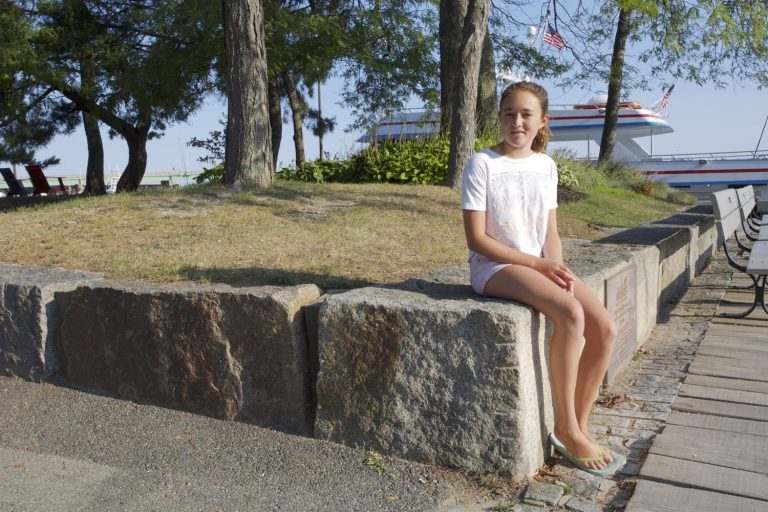 WHAT IS RECLAIMED STONE?

Reclaimed stone is sourced primarily from old roads and bridges, in addition to walls, buildings, and other structures which are no longer in use. This stone has been salvaged to be repurposed, sometimes as its current expression—old cobblestones from an alley in Italy become cobblestones on a private driveway—or it’s turned into something entirely different—bridge blocks become garden benches. The worn and weathered faces of the stone are reused as material for newly fabricated products: cobblestones cut thin to create floor tiles, bridge blocks sawn down to become capstones.

The ways in which reclaimed stone can be used to create new structures are endless.

Granite, limestone, and sandstone are the most prevalent reclaimed stone types, due to their wide use as building materials during the Industrial Revolution. Unsurprisingly, granite is the most common reclaimed paving stone type. This is because it’s so hard. But other hard regional stones were also used for paving, such as brick paving blocks in the Midwest, and porphyry and sandstone cobbles from Europe.

Over the past ten years, reclaimed stone has seen a surge in popularity. As we saw with reclaimed wood, reclaimed stone has also become a leading material for sustainably-minded architects and designers to include in their eco-friendly plans. Its unique antique appearance and patina, plus its specific history, offer up a beauty to new structures that cannot be recreated with quarried stone.

50% of the stone we source is reclaimed.

We love reclaimed stone for so many reasons:

THE HISTORY — it can’t be faked. Reclaimed stone has a story behind it. For example, we recently sourced cobblestone from Auburn, Maine which once had the Ringling Brothers and Barnum & Bailey Circus parade over them.
THE WEATHERED LOOK — Rain, sleet, and snow create a natural patina on reclaimed stone that cannot be artificially replicated.
THE FEEL — Friction from walking or driving on stone surfaces creates a worn, softer texture, with a unique sheen, like the worn tops of cobblestone.
SUSTAINABLE — Make your project eco-friendly, reduce waste and negative environmental impacts by using reclaimed stone—hello Leed points!
UNIQUE — Machines are used to try to replicate the look and feel of reclaimed stone but they fall short of the real thing.

Using reclaimed stone is a wonderful way to contrast a modern design. Reclaimed curbing, for example, can be repurposed in a multitude of ways due to its length—fabricated into coping, large pavers, light posts, benches—the list goes on! Cobblestones can be reused in different orientations: tops up (as their original) or wide side up (for coping)—exposing the preferred surface (smooth from decades of wear or rough from the buried-side surface). Reclaimed stone is perfect in landscape design to help create a timeless feel—it looks like it’s been there forever, perfectly placed.

Like with anything, when you reuse, you reduce your negative impact on the environment. The same is true with stone.

Reclaimed stone is the eco-friendly, sustainable option for many reasons:

WHERE DOES RECLAIMED STONE COME FROM? 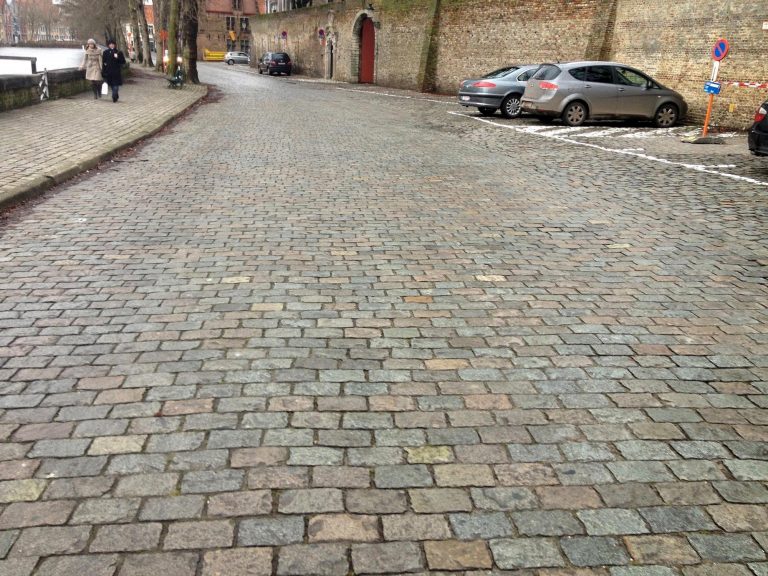 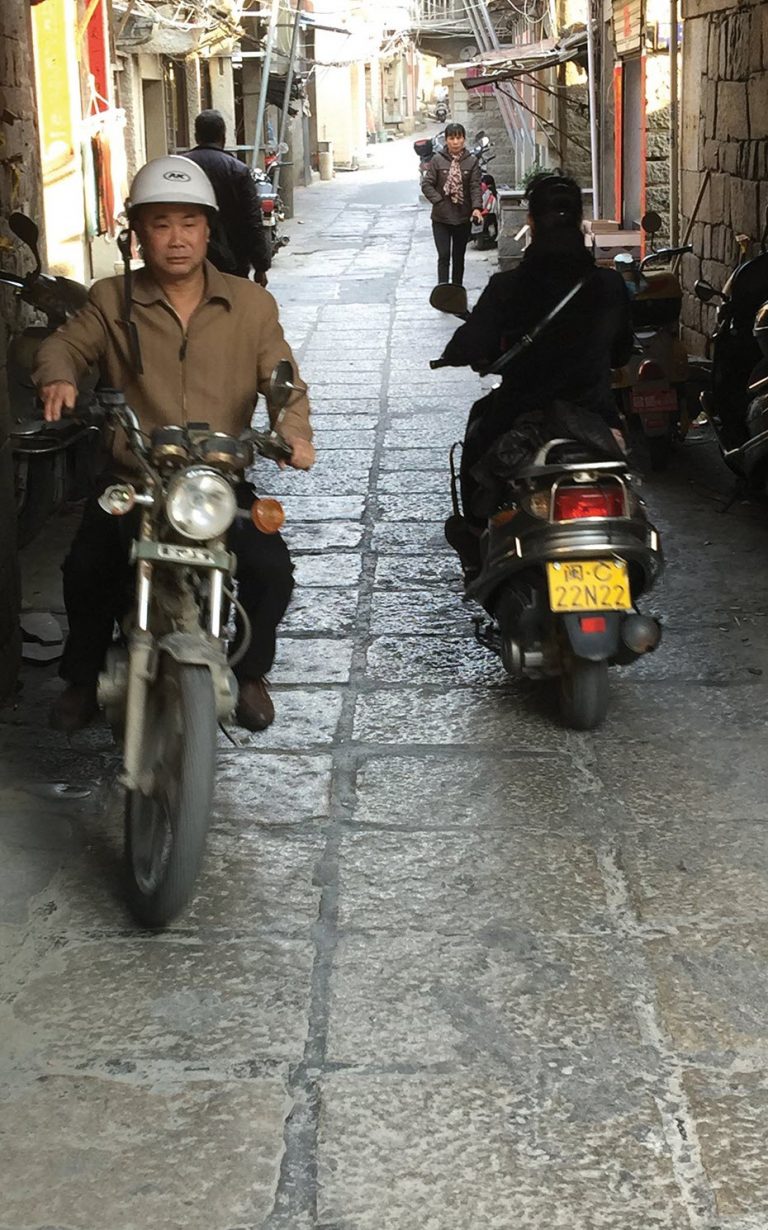 Reclaimed European cobblestones dwarf what’s available in the US. Tens of thousands of miles of cobblestone streets were once covered with layers of asphalt when they were paved over after World War II. Modern road construction standards do not permit this—cobblestones must now be removed prior to a road being reconstructed. A similar situation happened in China, as they used natural stone for millennia for paving roads.

Due to the sheer volume of reclaimed paving stones available from Europe and China, the price is lower than in the US, although recent import tariffs are closing this gap.

Curbing generally needs to be replaced if a roadway is widened or reconstructed. Many reclaimed bricks and pavers come from the deconstruction of old building—notably old factories and mills along the US East Coast and the industrial Midwest.

With any natural material recently quarried, there’s always the risk of discoloration or cracking—regardless of how small it is.

This is also true with harvested stone. For example, newly harvested fieldstone might have been covered for millennia. Once uncovered it may leach iron, but this may not happen for years after installation. On the other hand, reclaimed fieldstone from an old wall, for example, would not present this risk as any leaching or staining that was going to take place would have already happened.

Reclaimed stone can be structurally more reliable than recently quarried or harvested stone.

WHAT TO KNOW BEFORE
YOU BUY RECLAIMED STONE

When you’re deciding what type of reclaimed stone to use for your project, dig deep: 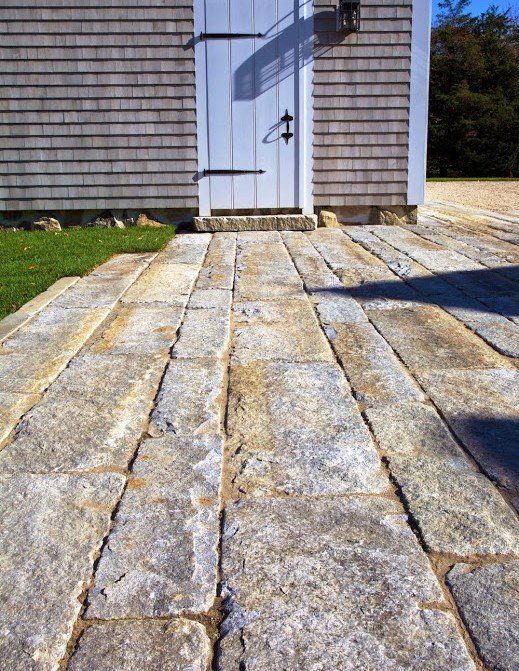 The most common reclaimed stone products are curbing, pavers, cobblestone, and wallstone. Large bridge blocks are also highly sought-after. Reclaimed stone can also be repurposed, through hand-crafting or machine fabrication, to create a myriad of different stone products. Reclaimed curbing, for example, which can come in up to 12‑foot lengths, was originally used as curbing and is now used as steps and landings. However, now we can fabricate it into all types of products—from oversized pavers to wall and pool coping to wall veneer to benches to home and garden accents. We work with many kinds of stone fabricators, based on their capabilities and the project’s needs. 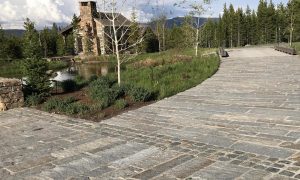 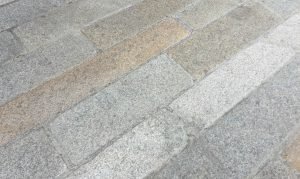 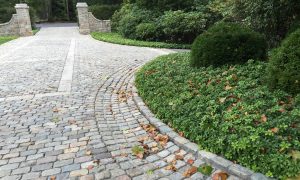 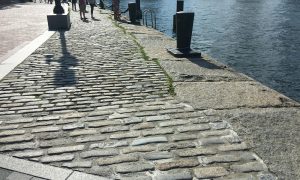 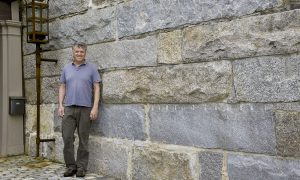 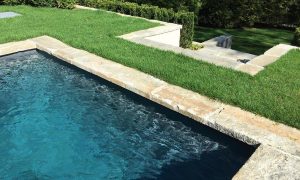 EXPLORE ALL OUR RECLAIMED STONE

First-generation Curbing
From 1860 or older. Generally, someone worked the stone by hand to a specific specification. It has a chunkier, more irregular shape.

Second-generation Curbing
Less handwork, but some. 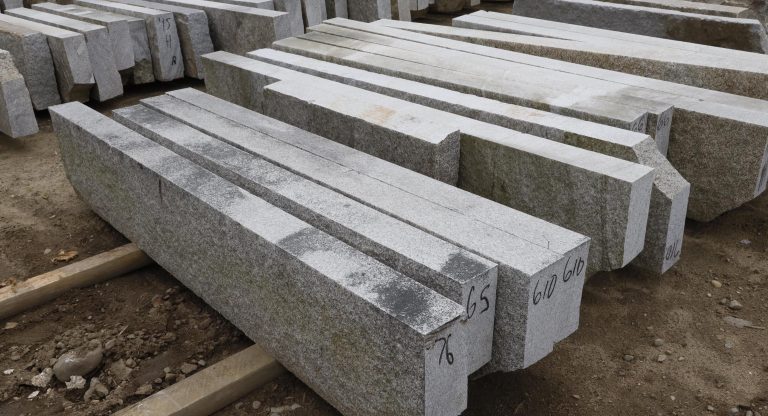 Third-generation Curbing
Mechanically made, with precise saw blocks and large splitters. The end product is more uniform and true. 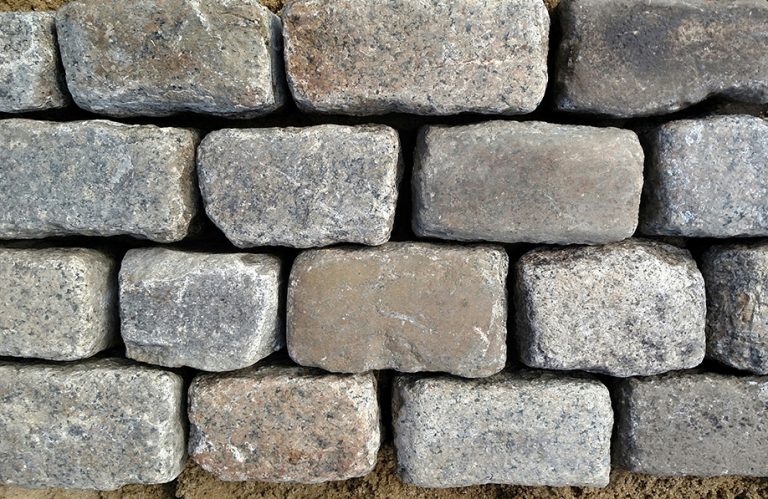 Worn Side Up
The most widely used method of installing reclaimed cobblestone is worn side up. The original worn surface, the top of the stone, is installed above the ground. This type of installation produces the historical signature worn look of the old world reclaimed cobble.

Wide Side Up (Domestic)
This is an alternative installation where the cobblestone is turned on its side to cover more area and therefore becomes more cost-effective. In this case, the worn top is hidden on its side. 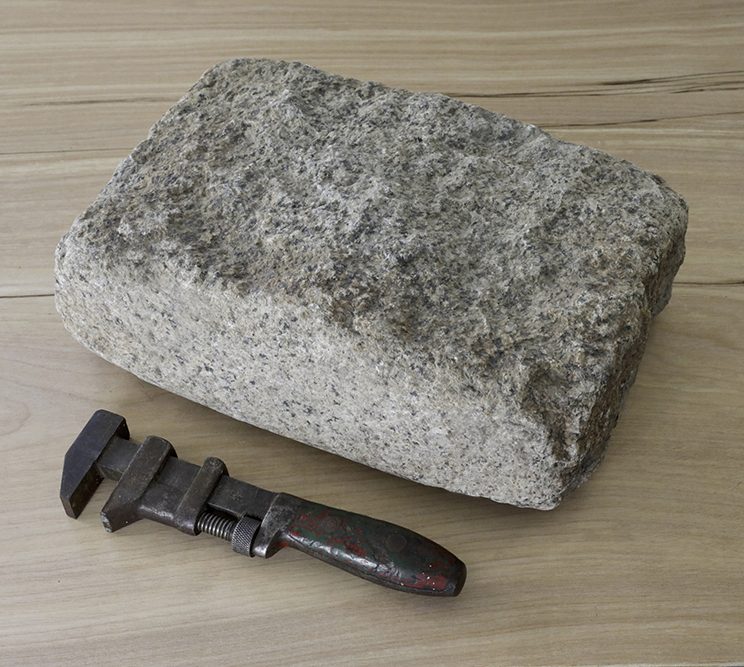 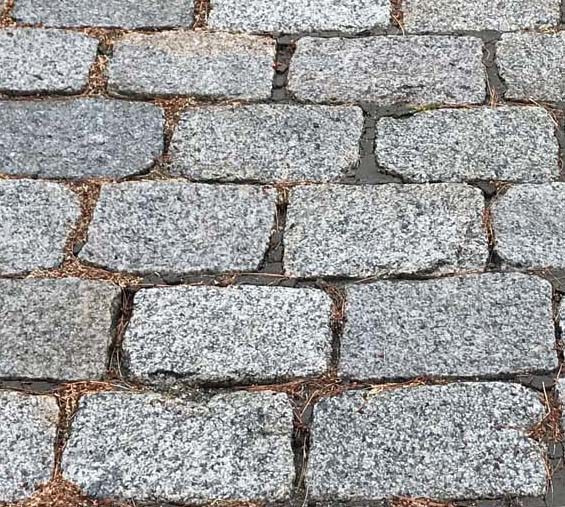 Full Bed – Half Bed – Thin Cut (European)
European cobblestones are sometimes sliced in half or cut thin for a more cost-effective installation.

Flat Side Up (European)
Sliced cobblestones can be installed flat side up, which produces a surface that can be walked on easily with high-heeled shoes.

Cobblestone Calculator
BROWSE OUR RECLAIMED STONE
GET IN TOUCH

Open by appointment or chance

BE THE FIRST TO HEAR

News and tips from our blog,
plus our recent stone finds.

BE THE FIRST TO HEAR

News and tips from our blog, plus our recent stone finds.

News and tips from our blog,
plus our recent stone finds.

This image has been saved.

Your favorites can be saved with a temporary “cookie” on your device. You can continue saving favorites as a “guest” using cookies, or you can start a free and secure account. Creating an account is a safer way of saving your work. With an account you will be able to create additional stone collections and access additional functionality. Accounts are free, private, and can be canceled at any time. If you already have an account, please login using the button below.
Continue as Guest
Create Account
Login

A password reset email was sent to you. If you do not receive it in the next few minutes, please check the “spam/junk” folder in your email application.